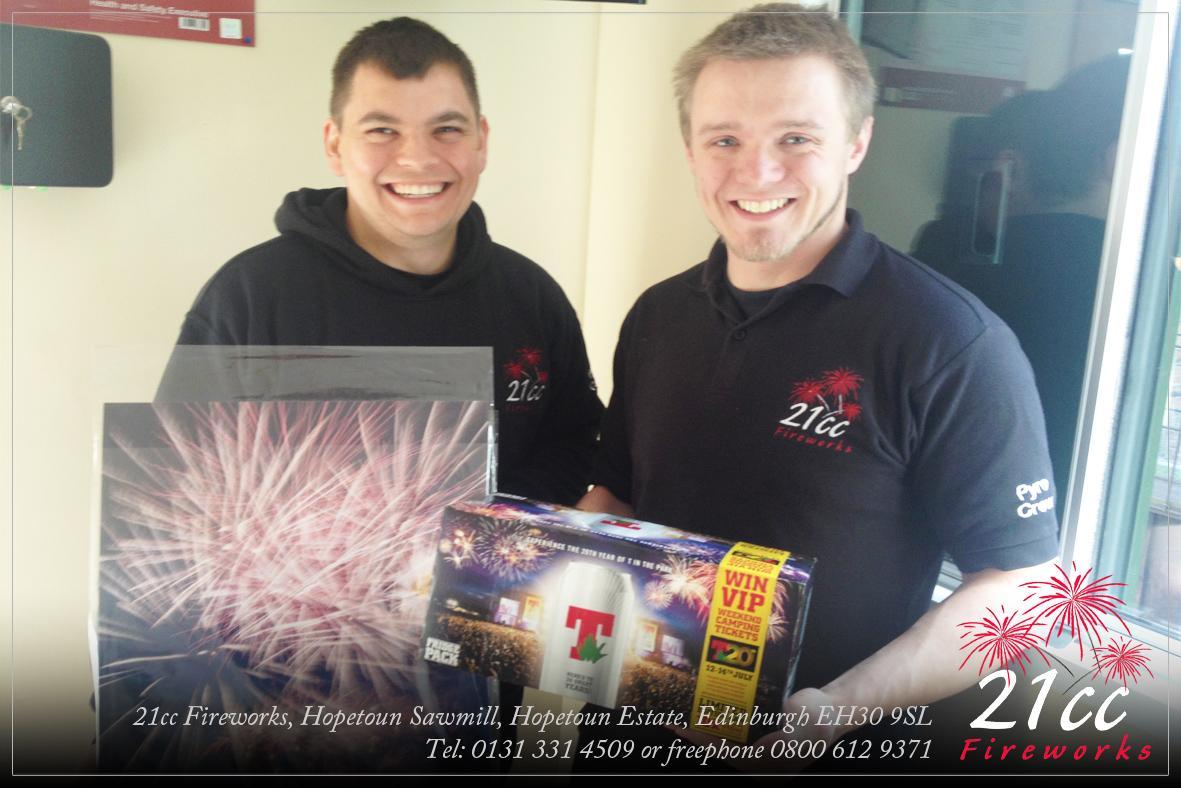 In the lead up to T in the Park’s 20th Anniversary celebrations and milestone festival this year, the 21CC Fireworks team have been commissioned to create a special festival fireworks finale and unique display to conclude the event.

In the lead up to the display, 21cc Fireworks’s previous TITP festival fireworks finale displays have been featured on the new Tennant’s special edition cans and cases. The new firework wrapped cases were released this week into the supermarkets and will be circulated globally ahead of this summers festival.

“We have built up a great relationship with the team at T over the last number of years. It is a challenging event given the tight parameters that we need to work within and the detailed co-ordination with other services and broadcasters, but every year we produce something safe, new and exciting. We have put an inordinate amount of time into the planning of this years event, which will be the biggest festival fireworks display yet. If the conditions are right, we will be presenting something ‘extra special’ at the end of this years T in the Park that will be unique to this event.” 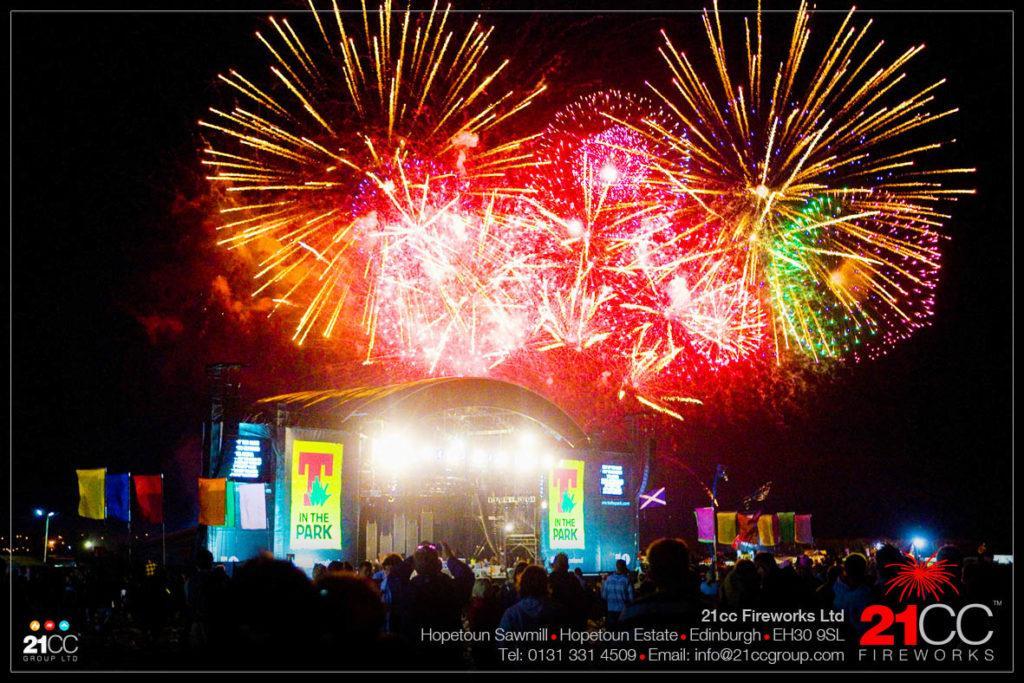 Linking up with Tennants!

“It’s funny walking into the local supermarket and seeing someone pick up a pack of Tennants, mention the fireworks to their friends, knowing that these festival fireworks are by 21CC Fireworks!”

The celebrations at T in the Park commence this year on Friday 12th July and runs through to Sunday 14th July with a special festival fireworks finale. Click on the link more information on the T in the Park 20th Anniversary Festival.