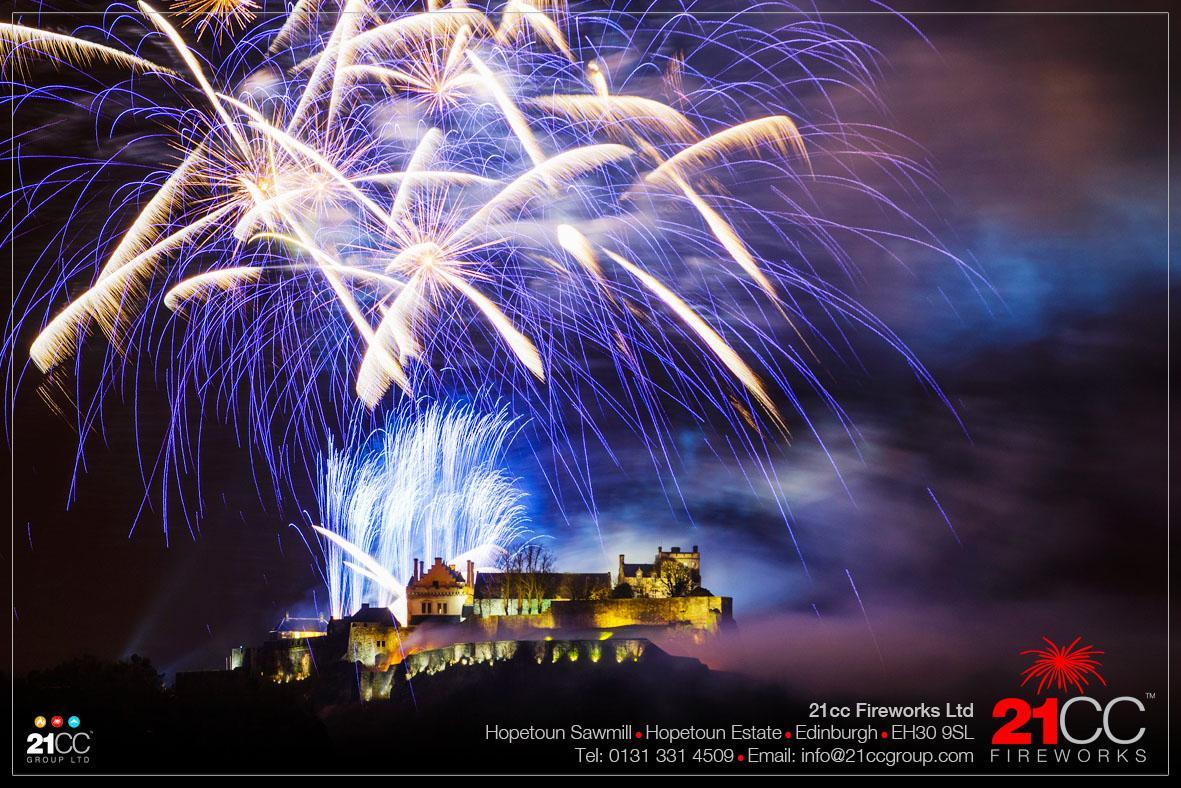 The 21CC Fireworks team were out and about all over the country last night setting up and firing multiple displays for private individuals, corporate groups and local authorities to welcome in the year 2014 in spectacular style. Alongside the Hogmanay fireworks celebrations, the team were working alongside Unique Events and Events Scotland to fire up the specially designed Homecoming Scotland fireworks display.

The 2014 Homecoming Scotland Fireworks Display by 21CC Fireworks Ltd consisted of 2 main set pieces, depicting the Scottish Thistle and the Saltire flag. It was co-ordinated around the country to fire simultaneously right on cue at exactly 20:14 on the 31st December 2013. This set piece was caught on camera and will be used by the BBC throughout the coming year. 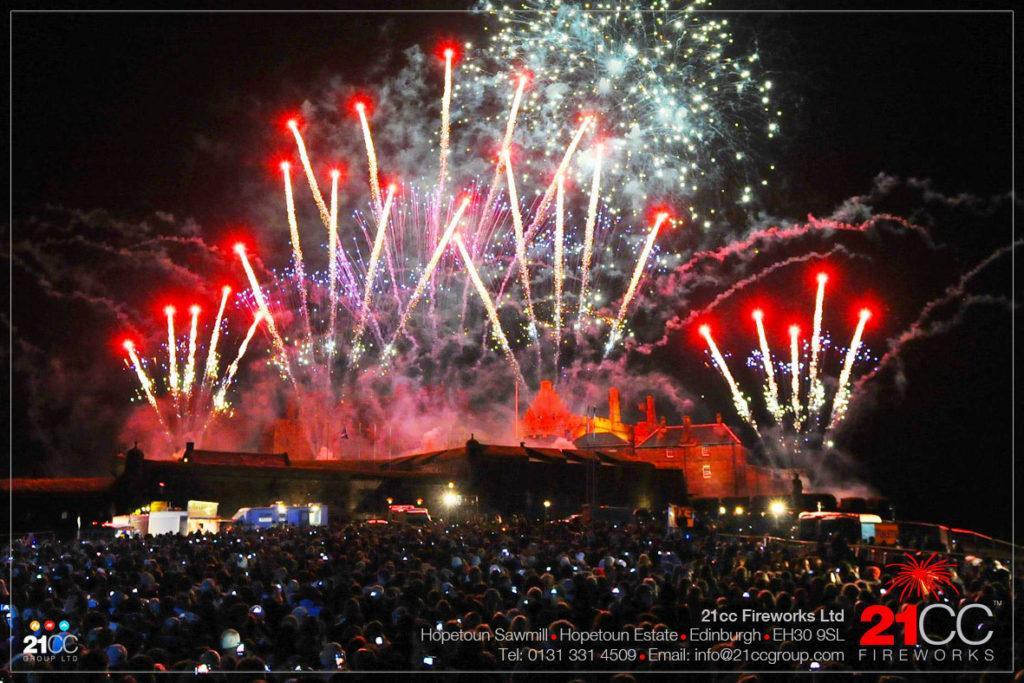 21cc Fireworks had spent months planning of this years New Year celebrations, creating a special show at each location for the new year revellers. At Stirling Castle, the team utilised the contours and features of the castle, designing the show to fire from 11 different firing sites around the castle grounds. The whole show was computer controlled and digitally fired for precision accuracy to co-ordinate with the on-stage events.

A special treat was in line for the revellers on the esplanade – as the count down commenced, on zero the sky was filled with enormous crossing tails and large sky filling explosions leading into an onslaught of loud and colourful bursts, zig zagging candle sequences and fanned slice lifts from around the castle grounds. The pre-finale was a display of the annual and innovative saltire set piece, which fired across the front of the entire castle frontage raising an enormous cheer from the jubilant crowd. 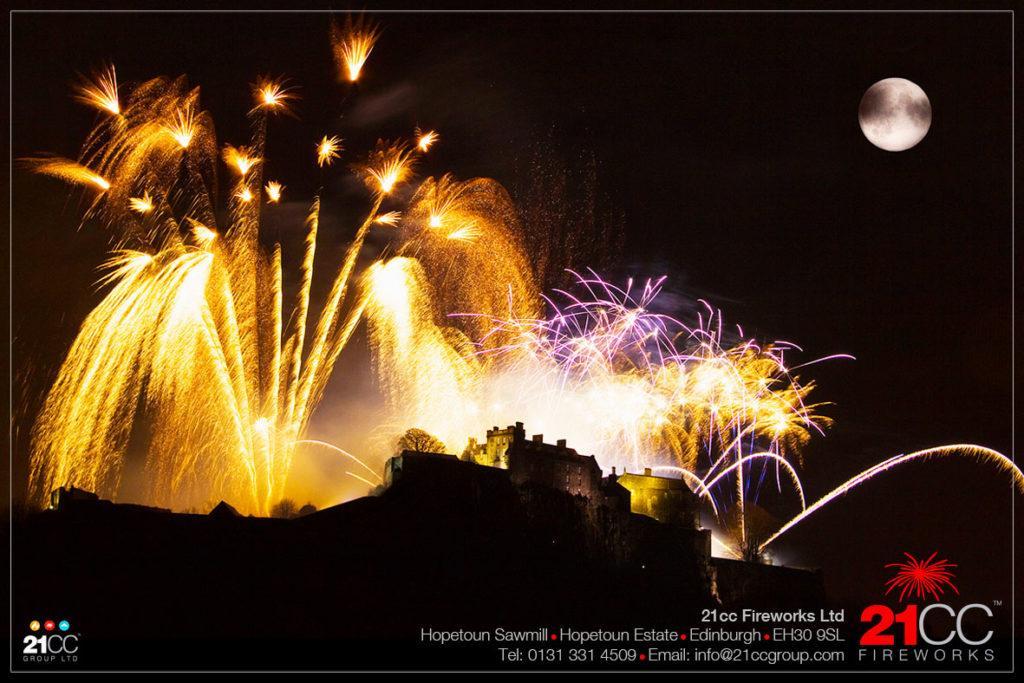 “Well done to all of the 21CC Fireworks team. Another truly spectacular show and a real highlight of the evening. The Saltire raised a huge cheer and your timing on the effects was just world class. It certainly was a tremendous success. Thank you”.

The show was also featured on the BBC live at midnight along with Edinburgh Castle and Inverness as part of the countries new year celebrations.