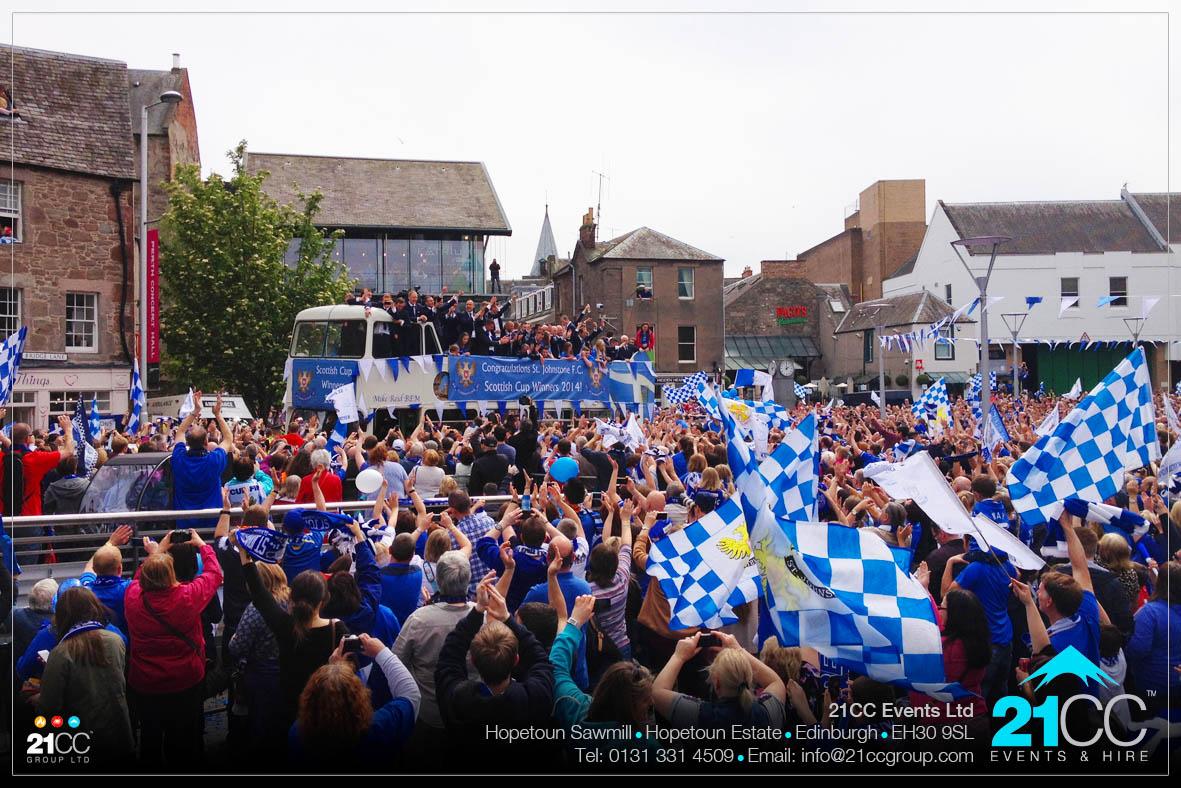 Weeks of planning had gone into this Scottish Cup Final event and the 21CC Events team arrived early Sunday morning to set up and prepare for the celebrations at 1.30pm. Some eager fans started to arrive at 8am. The city centre started to fill up and over 10,000 fans turned Perth blue and white awaiting the arrival of the Scottish Cup Final Champions, St Johnstone.

21CC Pyrotechnics Ltd were engaged at these Scottish Cup Final celebrations to deliver a range of special effects to entertain the crowd, including enormous 8m tall flames dancing either side of the stage as the St Johnstone players walked from the bus through the crowd. The on stage entertainment concluded with the lifting of the Scottish Cup as the 21CC Pyrotechnics team exploded lines of confetti units along the base of the stage, CO2 confetti jets along the front of the stage and confetti cannons from the top and from behind the stage to fill the sky with enormous plumes of blue and white in true celebratory style.

“This was a really special day for Scottish Football. Our team have been planning the celebrations for a number of weeks now. It was a short lead in, but that is the nature of Scottish Cup finals. It was a real privilege to be a part of this event and congratulations again to St Johnstone Football Club”.

A short video of the moment the cup was lifted during the celebrations on Sunday can be seen here: https://www.youtube.com/watch?v=rpYYhH7yWZs